The Diamond V-Stream VS300M Wireless HDMI Sender and Receiver: How it Works

The Diamond V-Stream VS300M Wireless HDMI Sender and Receiver: How it Works

The Diamond V-Stream  VS300M is a Wireless HDMI Sender and Receiver Kit which allows you to transmit video and audio from an HDMI source (such as a cable box/set-top box, Blu-Ray/DVD player, game console or even a laptop) to a receiving display such as a large screen TV or projector screen up to 150 feet… All without an HDMI cable or needing to set up an extra cable box. Connect the receiver to an extra TV in another room and wirelessly transmit video from the source.

The VS300M can transmit from one source to multiple receivers at the same time. (Max 2 Receivers, additional receiver sold separately). The VS300M supports a wide range IR frequencies: IR (20-60KHz) to remotely control your video sources from the receiver location. Selectable channels allow you to select receivers. 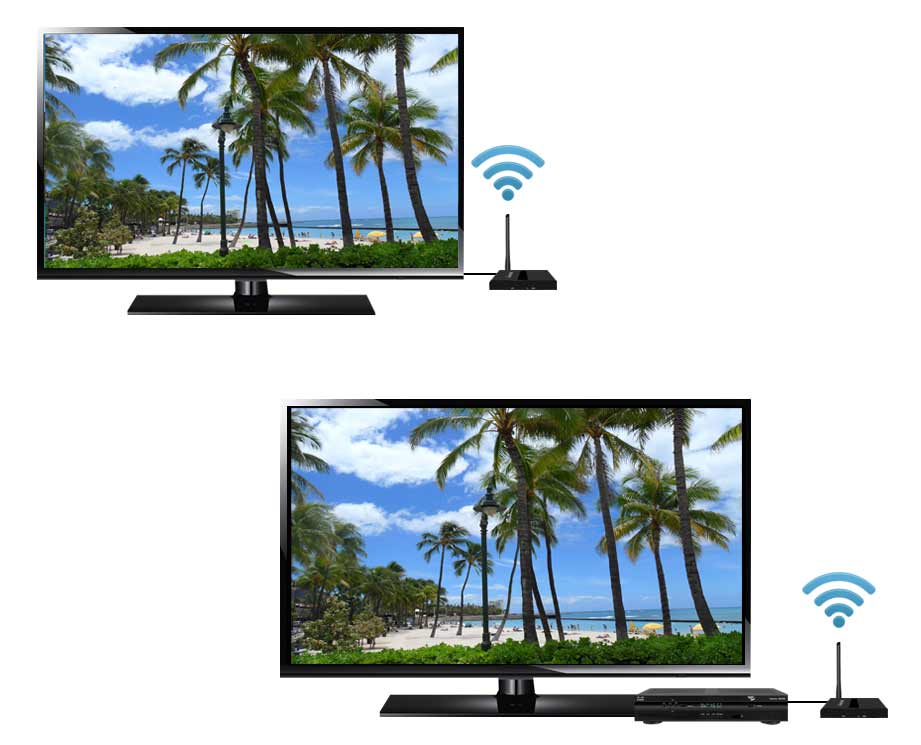 You can wirelessly stream to multiple screens in different rooms. The Diamond VS300M features an HDMI Pass-through that allows you to view your video in the same room as the source. You can have the transmitter in your living room and the receiver in another room, displaying the content in both rooms.  With an additional receiver (sold separately), you can transmit video from one transmitter to two displays at the same time. It supports IR remote control, giving you total control over your video source. You can also have multiple sets of the V-Stream VS300M. Easily select between two sources and two displays within the same proximity. This prevents your video from being displayed on the wrong receiver. 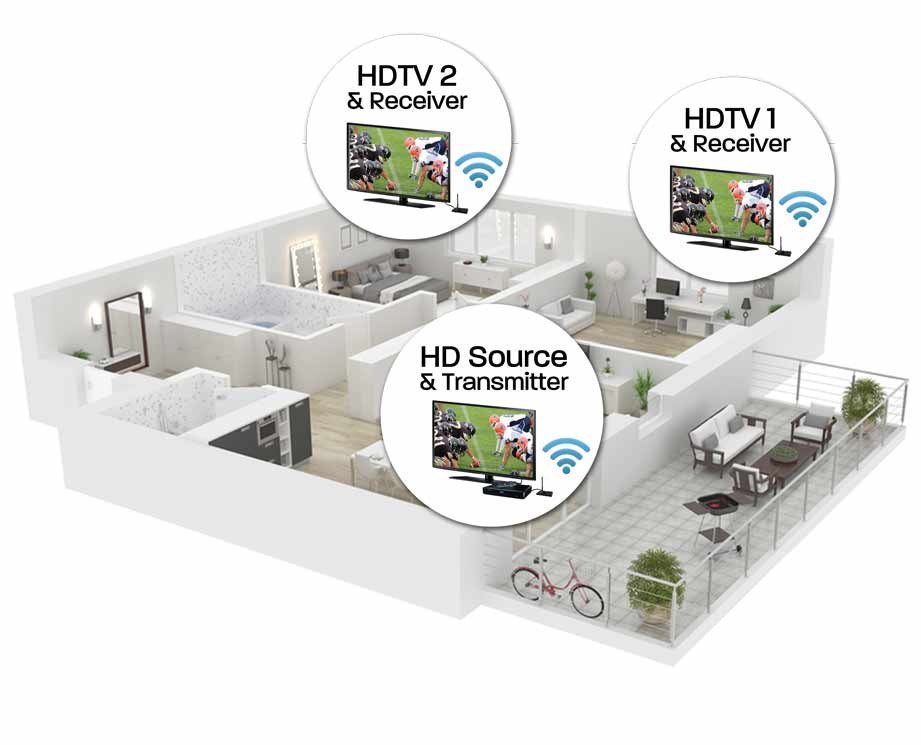 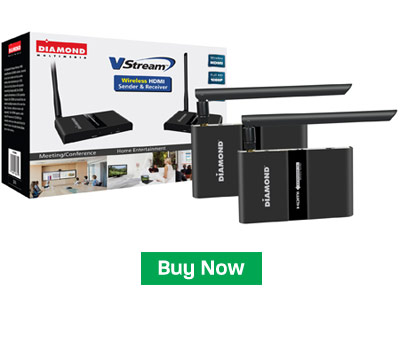