Self-Driving Cars Will Change The World

Home/News/Self-Driving Cars Will Change The World
Previous Next

Self-Driving Cars Will Change The World 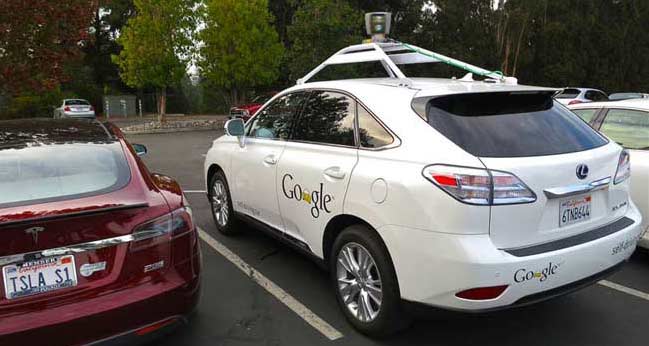 Self-driving cars sounds a bit like a fantasy right now, but experts estimate that by 2040 95% of all cars on the road will be self-driving.

In fact, large companies such as Google, Tesla, and Apple are racing to create the world’s first self-driving cars!

The shocking thing is that they’ve even succeeded a bit too.

While we aren’t all relaxing in self-driving cars just yet, by 2040 it may just be the norm.

What Are Self-Driving Cars?

Self-driving cars are exactly as it sounds: cars that drive themselves.

They’ll be outfitted with all kinds of tech, sensors, and radars to monitor the road and find the safest legal route to your destination.

Eventually self-driving cars will even communicate with each other to navigate the roads safely & effectively.

While this sounds scary, self-driving cars will supposedly be safer and even reduce your commute!

Unfortunately over a million people die pear year as a result of vehicle collisions. Some of these collisions are avoidable and an effect of driving while impaired.

Others are completely accidental and due to road hazards.

Self-driving cars & technology will be able to better predict what’s happening on the road and make proper adjustments to prevent collisions.

One other assumed benefit of self-driving cars is that they’ll be able to reduce your commute. One of the biggest problems with human drivers is that people slow down when they get nervous, which slows down all of traffic.

People can’t communicate perfectly like self-driving cars could, so the need for traffic lights might even completely go away!

The only reason that traffic lights exist is because people can’t perfectly navigate an intersection without bumping into anyone else. Traffic lights make navigating intersections simple, but it’s not the fastest method.

One final large benefit to self-driving cars is that it would reduce the need for a ton of parking spaces. For example, about 15% of L.A. is used for parking alone!

Self-driving cars could drop people off, and then go pick some other people up- like a taxi, except with no driver.

Cars spend an estimated 95% of the time doing nothing. That is, cars are literally just sitting around and used only 5% of the time.

Without the need to actually drive the car, people can also read, relax, sleep, or do something fun like play a video game! Imagine every morning playing some video games on the way to & from work.

There are a few other benefits to self-driving cars, but these are the largest proposed benefits. Safety is one of the biggest concerns, and technology working perfectly would be much more effective than humans ever could be.

All of those benefits aside, that doesn’t mean that self-driving cars is without their resistance.

A lot of people will struggle to give up the feeling of control that comes with being behind the wheel, even if it means they’ll be safer.

Other resistance comes in the form of hackers: what if hackers or terrorists were to mess with the technology & signals that come from self-driving cars?

This could lead to potentially very disastrous situations. Even though self-driving may in the end be safer, people will be hesitant to give up their control especially if there are some scary news stories.

Resistance will also come in the form of truck companies, truck drivers, and other types of jobs related to driving. These people will unfortunately lose their jobs & must shift industries.

The auto insurance industry will be disrupted as well because the driving fatalities will greatly reduce.

Self-driving cars is a huge industry with billions of dollars waiting for the first company to break into. The first few companies to develop self-driving cars will be massively successful!

That being said, other industries such as auto-insurance & trucking will be greatly disrupted. There will be many changes to the marketplace and we aren’t yet sure how that will affect the economy.

In the end, we believe that self-driving cars will be a positive for society because of the reduced fatalities. We also hope that the commutes will be reduced, and we can even have fun in the cars (video games while driving, anyone?).

What are your thoughts on self-driving cars? Let us know 🙂