How To Save Your Epic & Hilarious Gaming Moments

Home/Game Capture, News/How To Save Your Epic & Hilarious Gaming Moments
Previous Next

How To Save Your Epic & Hilarious Gaming Moments 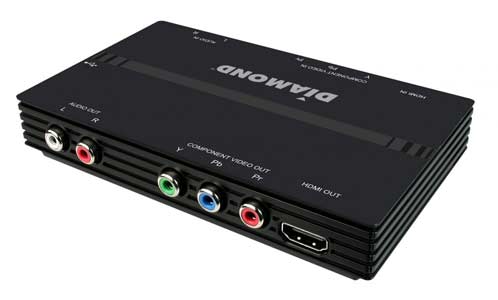 Have you ever won a Fortnite Battle Royale? Don’t worry, we’re still struggling with it too.

We’re getting better, and hopefully you are too! Thankfully for us, we have a game capture device so we can save every epic moment on the path to victory for an AWESOME YouTube video.

Are you recording your gaming moments?

Saving your hilarious & epic moments could make gaming more enjoyable, but it can also improve your skill. You can look back and see the exact mistakes you were making so that you can improve for the next go.

Even if you’re forever doomed a noob, recording the moments could let you laugh a bit at least.

Now first before we dive into what this epic tool is- let us clarify and say that yes, this device works for all consoles.

This game capture device works for the Ps3, Ps4, Xbox 360, Xbox One, and even other game consoles such as the WiiU.

Now that you know the GC1500 HD Video Capture Recorder works for whatever device & computer you have, let’s move on.

This device is the best video game capture device on the market. You can even stream with real-time commentary to Twitch & YouTube!

How Do You Record?

Instructions are included in the packaging when you purchase.

After you setup the device and connect all the ports to each other, you just have to press “record” to start capturing content!

If live-streaming is more of your thing, then you can also do that too.

When recording with a game capture device, we recommend not recording for too long of a period. Pressing “start” and “stop” in between games is actually very effective for keeping track of which games you want to save and which ones you don’t.

For example if you play 10 games over the course of an hour but only 3 of those games have moments you want to save, you could more easily delete the 7 unneeded game recordings rather than sifting through a one hour single video.

One of the most important things we recommend too is to constantly “clear out” unnecessary footage if you don’t have a lot of extra free space. For example if you’re recording for a montage and have 3 funny moments in a 10 minute match, cut out the boring parts and save the 3 funny parts as a new video. Then delete the old video, and viola you’ll have a 1-2 minute long “funny part” and 8 minutes more free for recording.

The last thing we recommend is to always record. You never know when you’re going to have an epic moment!

Some people get lazy and they don’t turn on their game capture device (even though it takes seconds), but then they regret doing so when they finally win the game or have a funny moment.

One problem that could happen if you’re not recording and you start doing good in say Fortnite is you then decide to quickly try turn on the game capture device but in doing so end up losing the match.

Always, always, and always record while gaming! Clear out the footage after the fact, but keep recording because you never know what will be great for your new epic video!

Getting Your Game Capture Device

Your new game capture device can be found right HERE. One huge benefit to purchasing from us is that we offer a premium product at a more-than reasonable price.

What are you waiting for? Get yours today by clicking HERE now.

Have any questions? Send us an E-mail at Marketing@DiamondMM.com.